Shop ’til You Drop has seen us working with Year 10 GSCE Graphic Products students. The students were presented with a live brief, which asks them to research and produce a product which can be sold in the Museum’s shop, using Windermere Jetty as their client.  Following an introduction to the Museum, students were able to talk through the brief for the project, including:

Following an introduction and time to do some initial research, the students came to Windermere Jetty for a site visit.

Each student has researched what other museums sell in their shops, generated ideas of what they would like to develop and have chosen two products to focus their attention on. You can see examples of the group’s work below.

The project is now coming to a close as we approach the Christmas holidays. The group has  shown a high level engagement with the project and the school is planning on running the project as part of the next course starting in September 2017.

The steam launch Britannia, built on the Clyde in 1879 for local landowner Col. Ridehalgh, was the largest private steam yacht on Windermere. Ridehalgh’s previous steam yacht Fairy Queen had been the largest until he had Britannia built to replace it.  This passion for ostentatious boats earned him the nickname ‘the king of the lake’.

Britannia’s interior was as luxurious as the finest private houses. Descriptions in the press at the time of her launch give us an idea of what she must have looked like; ‘overhead lights of stained glass, one of Windsor Castle, the other of Her Majesty’s Highland residence…woodcarving in which the rose is intertwined with the thistle to form a suitable setting for the windows…panelling in polished Hungarian oak and walnut surmounted by a rich gilt cornice…crimson velvet cushioned couches round the apartment.’[1]

The single surviving skylight, which is now in our collection, gives an idea of the quality of craftsmanship on board.

When Britannia was broken up in 1919 the skylight was rescued and used in a greenhouse, before being installed into the ceiling of the old museum building.

The skylight is made of teak and glass.  Many of the panes of painted glass were missing or broken. The surviving original painted glass is being restored by Lancashire Conservation Studios, and the missing panes will be replaced with replicas.  Old joints and repairs to the timber frame are being replaced with teak in keeping with the original.

The entire structure will be supported on a steel frame to be suspended from the ceiling in the new museum building so that once again visitors to Windermere can be impressed by Col. Ridehalgh’s taste for luxury. 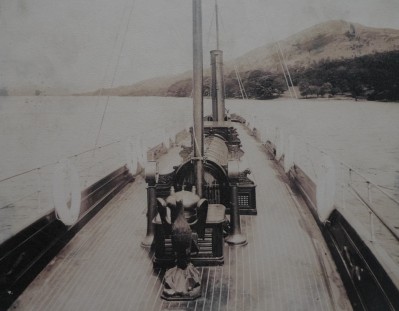 On the deck of Col. Ridehalgh’s luxury steam yacht Britannia

The skylight being used as a greenhouse

Some of the painted glass panes being prepared for conservation

One of the carved armrests being sized up for reattaching

Many, if not most, of the boats in the collection at Windermere Jetty are pleasure craft; playthings for people with the time and money to enjoy sailing, racing, and leisurely trips around the lake.

The ferry Mary Anne, is a rare example of one of the working vessels we care for, representing a lost part of a Windermere ferry service that has operated on the lake since at least the 1450s and continues to operate today. Mary Anne is the last surviving rowed ferry, having been built at some point before the introduction of the steam powered chain ferry in 1870.

Suggested construction dates range from 1799 to 1860 but we do know that it was in service as a ferry up to 1870. The boat is significant as the only surviving example of the series of large rowed Windermere ferry boats with huge sweeps (oars) and a moveable ramp that were designed to carry people, carriages, goods and animals across the lake. Mary Anne continued in operation after completing service as a ferry but sank off Belle Isle at some point after World War II and was recovered from there in 1978.

For many years Mary Anne was kept out of doors and has suffered from exposure to the elements and damage from floods.

Now the ferry is in a very fragile state and in desperate need of support if it is to be preserved for the future.

Our conservation boatbuilding team have decided that the best course of action is to construct a bespoke cradle in which Mary Anne can sit, and be displayed when the museum opens, but this is not so easy to make when the structure of the boat itself is so fragile, and deteriorating.

So we called in Stuart Norton, a specialist in the use of photogrammetry for designing and building boats. Photogrammetry is the use of photography to survey and map an object. By taking photographs from fixed points all around an object it is possible to take accurate measurements from which you can make an exact 3D model of it on a computer, and from that the uses are almost endless. 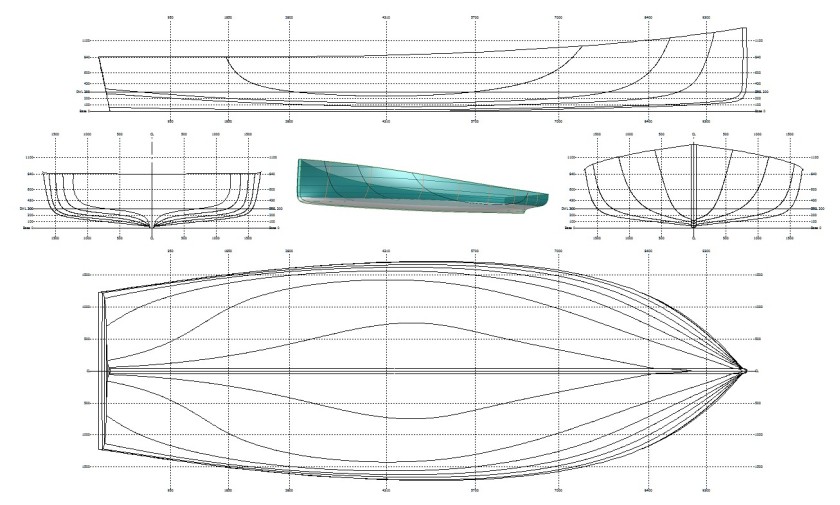 However, because the original hull is now so distorted by age, for Stuart to get an accurate picture of the ferry he also had to use historic photographs and a model from the museum’s collections to check the accuracy of his lines. 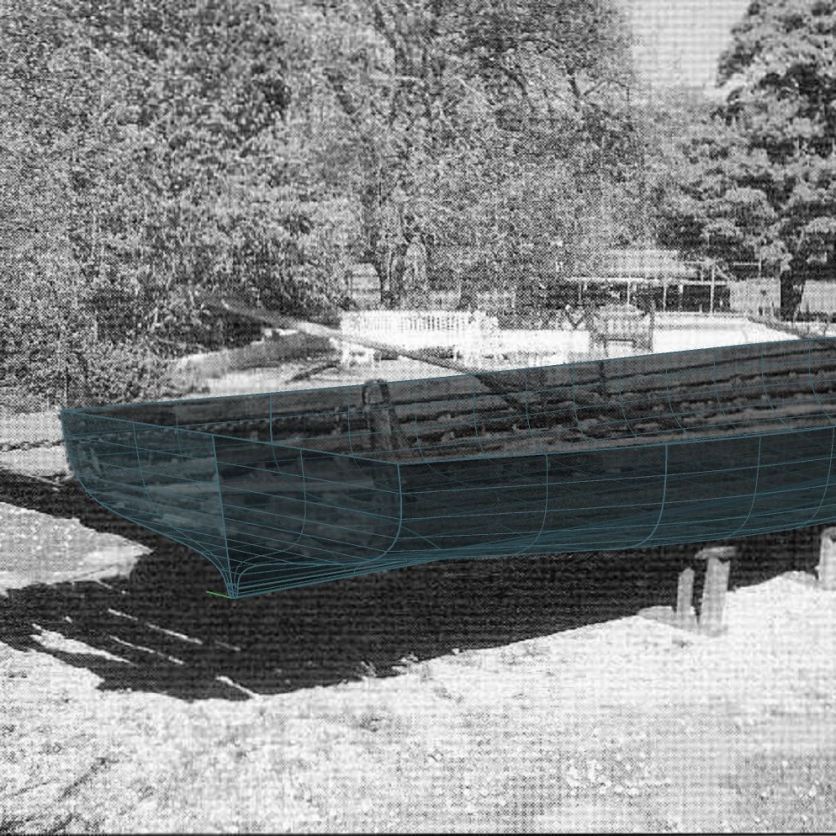 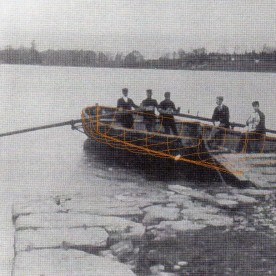 The result will be a snug cradle for one of the oldest and most unique parts of the collection.

You can follow our conservation team’s work and see how the cradle turns out by going to our Facebook page.

Lakeland Arts
Create a free website or blog at WordPress.com.